“Tuscany is a magical landscape where everything around it is kind, and everything is antique and new.”

The Borgo-Fattoria “La Montanina” is located in the heart of Casentino, one of the most suggestive valleys in Tuscany.

La Montanina, whose first settlement dates back to 1200, the time when a castle of the Guidi Counts was built here, over the centuries has maintained its appearance as a fortified village.

Only in 1500, on the remains of the castle, the family of the noble Cherici Mascagni built the villa that still today, surrounded by farmhouses (currently intended as an agriturismo) represents the beating heart of the village. 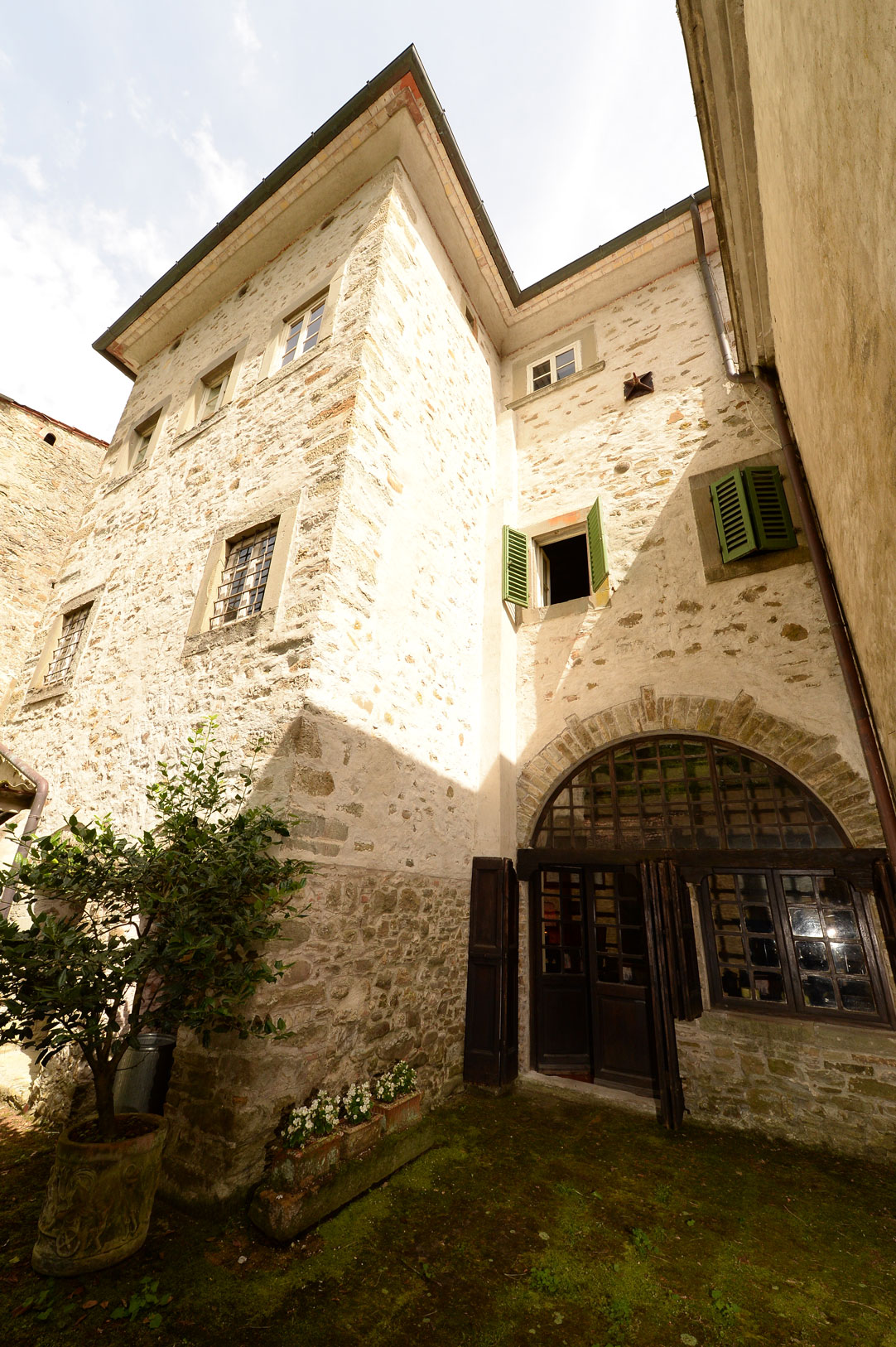 Eight delightful double rooms for an unforgettable stay, one of which is completely reserved for the first nights of newly married guests, it has a small terrace where one can admire the beauty of the estate.

The guests are surrounded by antique furnishings from the private collection of the Cherici Mascagni family that today still holds its history, origins and ancient traditions.

The ancient estate is immersed in the green of the large gardens, where every detail is taken care of, where you can spend afternoons surrounded by green, have lunch and dinner outdoors or simply relax by the pool.

This website uses cookies to improve your experience while you navigate through the website. Out of these, the cookies that are categorized as necessary are stored on your browser as they are essential for the working of basic functionalities of the website. We also use third-party cookies that help us analyze and understand how you use this website. These cookies will be stored in your browser only with your consent. You also have the option to opt-out of these cookies. But opting out of some of these cookies may affect your browsing experience.
Necessary Sempre abilitato

Any cookies that may not be particularly necessary for the website to function and is used specifically to collect user personal data via analytics, ads, other embedded contents are termed as non-necessary cookies. It is mandatory to procure user consent prior to running these cookies on your website.